The next stage of my collaboration with Murray Lachlan Young goes live today – Thursday 28th January 2021 with the launch of Chronicle 2 of Atom and Luna – Quest for Old Mother Redbeard.

Chronicle 2 has been developed in Augmented Reality to in effect create an AR fairy store – a piece of story telling to be explored at home on your own kitchen table – perfect for these lockdown times!

BBC 6 Music Poet in Residence MURRAY LACHLAN YOUNG has reunited with PAUL HARTNOLL (Orbital) to collaborate on Quest for Old Mother Redbeard, a ground breaking Augmented reality story game for families which is free for everyone to play. This new story game has been created by Funnelwick Limb, MBD Ltd and Action Transport and is a key element from the multi-platform story world of The Chronicles of Atom and Luna which brings to life the magical world of Atom and Luna across a range of forms.

The experience is AVAILABLE NOW to play on android phones, iPad or iPhones.  Simply head to the Google Play Store or I Store – search Atom and Luna and hit download!

This new story centres around heroes 11 year-old twins Atom & Lunawho are left home alone in the care of their magical childminder, Iffly Sney.  When Iffly falls terribly ill, only the twins can save him by seeking out the mysterious Old Mother Redbeardin the heart of a magical forest. A journey which will change their lives forever.

The project reunites Murray with the same team who developed his previous VR project The Mystery of the Raddlesham Mumps.   Murray will once again be collaborating with award winning digital arts company MBD and creative director Nina Hajiyianni, artistic director of Action Transport Theatre.

Quest for Old Mother Redbeard will be released on January 28th 2021.  A book and performance will follow in Autumn 2021. Six audio tales are available now to listen to free of charge (visit funnelwicklimb.com).

The technology used to drive games like Pokemon Go is being harnessed by Young and Hartnoll as a tool for storytelling for a tech savy younger generation.

Murray Lachlan Young said: ‘During The Mystery of the Raddlesham Mumps my fellow performer Joe Allen would constantly play Pokemon Go! whilst on tour  I became fascinated with the potential of this technology as a storytelling tool.  As a result The Quest for Old Mother Redbeard a kind of traditional story telling ballad told in the form of an AR game where players get to go ahead of our heroes into a mystical forest.  Ultimately I am interested in inspiring in young people a love of language, of story telling, of rhyme and rhythm and what better way to do that then by using tech.’

Paul Long of MBD Ltd said ‘We’re delighted to be working with Murray, Paul and the Funnelwick Limb team again!  Developing Quest for Old Mother Redbeard in AR feeds our passion for bringing stories to life using a rich blend of art and technology and sits really well amongst our other work in Virtual Reality, Augmented Reality and immersive projection.’

Murray Lachlan Young’s first collection was released by EMI on both CD and book form, leading to him being dubbed ‘The £1m poet’. Murray has experimented and collaborated in a wide range of digital media.  Over lockdown – together with Hartnoll he has been releasing a series of Virus Diaries online extolling the virtues of baking, jogging and shopping.  Other recent – more experimental online work includes Community of Souls his collaboration with film maker Charlotte Ginsberg for Poet in the City and City of Things his collaboration with Ivor Novello nominated sound artist Caroline Devine in celebration of Milton Keynes.  With film director Kevin Allen he co-adopted the 2015 film version of Dylan Thomas Under Milk Wood and his previous collaboration with the Atom & Luna team – The Mystery of the Raddlesham Mumps used VR, tablet games and online audio to tell a family orientated gothic murder mystery.

Paul Hartnoll  – as one half of electronic music giants ORBITAL has constantly innovated and explored the use of technology in his music crafting some of the most innovative, imaginative and accessible dance music ever.  More recent work has led him to score Peaky Blinders (series 2), the opening sequence of the Brian Cox Arena Tour and has scored the film Concrete Plans (released 23rd Nov).

Quest for Old Mother Redbeard has been commissioned by The Space – a unique digital development agency supported by Arts Council England.  Fiona Morris CEO and Creative Director of The Space said ‘The Space is excited by the potential for artists to work in mediums such as augmented reality and is delighted to be supporting the development of Quest for Old Mother Redbeard. The experience will allow audiences to interact with this magical fairy tale in an immersive environment and help engage young minds in language and storytelling.’

‘Atom and Luna is a great project that will offer children, young people and their families a wonderful opportunity to engage with spoken word storytelling. Augmented Reality offers a powerful way to create a more immersive experience and I hope that everyone enjoys joining Atom and Luna on their journey through the magical forest. Now more than ever, arts, culture and creativity are providing vital opportunities for children and young people to feel connected.’

To play simply head to the Google Play Store or I Store – search Atom and Luna and hit download!

Further Chronicles in the project will be announced across various live and digital platforms across 2021.To find out more about how the story will unfurl – sign up to the Funnelwick Limb newsletter at www.funnelwicklimb.com 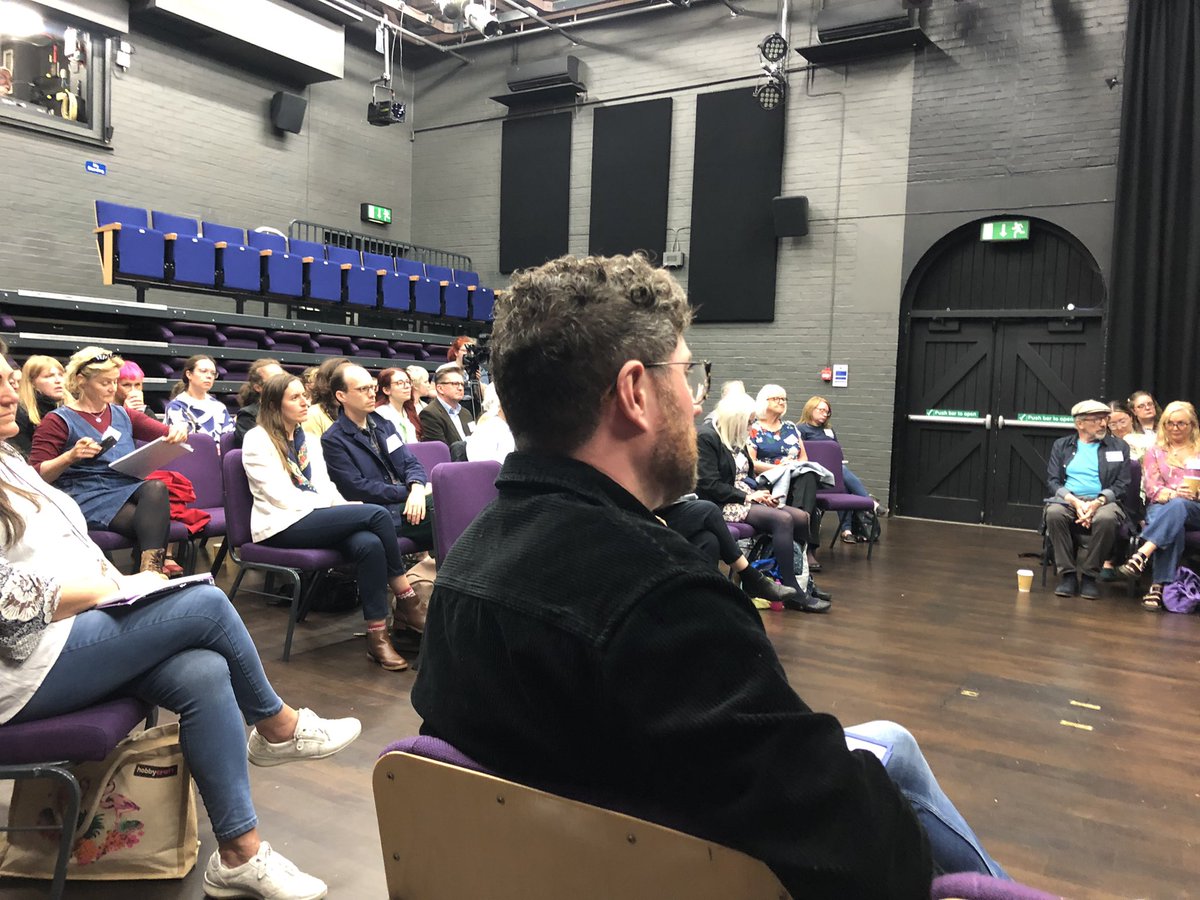 Matthew Linley @MatthewLinley
22 hours ago
Just popped up in my feed ' Beth Flintoff’s play is not just a retelling of Maria Marten’s life but recalling a frightful fate still lived by many.' Mancunion review here https://t.co/iC0PQtExgL @easternangles @chloenelkin
View on Twitter
0
2
Follow @MatthewLinley